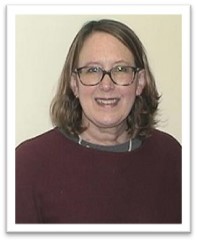 Lisa Marie Kohr, of Liberty Township Ohio, passed away peacefully with her family by her side on August 4, 2022. She was born to Carl Arthur and Marsha Lee (Sink) Kohr on May 8, 1963 in Dayton, Ohio. She was a caring mother, beloved daughter, sister, friend, and colleague.

Lisa dedicated her to career to improving the lives of children with heart disease.  She graduated from Bowling Green State University with her BSN in 1985 and worked as a pediatric nurse in Ohio before moving to Boston 1987.  Lisa became a bedside nurse in the Cardiac Intensive Unit at Boston Children’s Hospital while earning her master’s degree at Northeastern University.   Lisa transitioned from bedside nurse to nurse practitioner in the Division of Cardiac Surgery in 1991.  After her time in Boston, Lisa spent 9 years working in the Division of Cardiothoracic Surgery at Children’s Memorial in Chicago.  Her next 14 years were spent in the Cardiac Intensive Care Unit at Children’s Hospital of Philadelphia.  While in Philadelphia, Lisa lectured and served as an Academic Advisor in the School of Nursing at the University of Pennsylvania.

After adopting her twins in 2018, Lisa decided to move closer to her family in Ohio.  She continued her work as a nurse practitioner on the acute care cardiology unit at Cincinnati Children’s Hospital Medical Center until July 2022.

Throughout her career, Lisa was involved in many professional organizations.  She served as president of the Society of Pediatric Cardiovascular Nurses and was actively involved in the Pediatric Cardiac Intensive Care Society since 2006, among many other organizations.  She received several research awards and was elected a Fellow in the Academy of Critical Care Medicine in 2012.

Lisa was a pioneer for pediatric cardiac nursing.  She contributed enormously to our field as an exceptional clinician, researcher, author, lecturer, and mentor.  She was a role model for the entire team. Lisa’s sense of humor and infectious laugh could brighten any situation.  She was accomplished, but unassuming.  She loved her work and was committed to children with heart disease and the team that took care of them.

Even more remarkable than Lisa’s professional achievements, was her love for her two children.  Lisa was dedicated to building a healthy and thriving family for Annie and Nico.  She approached motherhood with abundant love and devotion.  She will be missed dearly.

In lieu of flowers, contributions may be made towards Lisa's children's college funds at www.ugift529.com (Codes are required for donation. Annie's is G37-J8K, Nico's is F1H-S57). Online condolences may be made to the family at www.KindredFuneralHome.com.